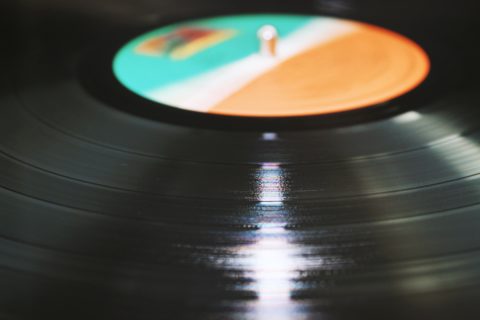 Does anyone out there remember when vinyl records were the norm?  Did you ever try to listen to a song but all you could hear was crackling, popping and skipping?  That’s the way a woman’s mind becomes when she keeps falling for the unavailable man.

She said all the Good Men were taken. This was based on the fact that she had 3 kids with 3 different men and none of them stayed. The youngest was 1 the oldest was 7 and she was only 24. The fact of the matter was she was a baby having babies with babies expecting them to magically become men. At the time she began looking for a man she had NO IDEA what a man was, and sadly she still doesn’t. If she was basing her idea of a man on what she thought at 17 she would forever be disappointed. As I explained to her the problem was not that they were no Good Men left out her the problem was she just didn’t know what a Good Man was.

It’s a familiar song.  The problem is men, says women.  The problem is women, says men.  While your experience has value and every wound needs a witness, there is a part of this equation that is being overlooked.  No matter how you add it up, you are an integral part of the equation.

You’ve got to lift the needle off that stuck spot on the record else you are doomed to keep repeating the same thing over and over again–different face but the same thing.

What’s the music that keeps on playing that keeps attracting you to a man who can’t commit, who can’t be responsible, who can’t love you the way you want to be? That’s the mindset that has to change so you can hear your voice,know your value and live your vision.  You have to know you are enough.

How to Recognize Your Life Partner

I don’t want to give away all her coaching techniques but, I must touch on her 4 week “Enough Virtual Workshop” which put the icing on the cake. END_OF_DOCUMENT_TOKEN_TO_BE_REPLACED

Suzette was so inspiring–she had all of us mesmerized with her words of strength and encouragement. END_OF_DOCUMENT_TOKEN_TO_BE_REPLACED

Post-divorce, I didn’t like my life as a single woman. I hated coming home to an empty house and resented END_OF_DOCUMENT_TOKEN_TO_BE_REPLACED

Suzette by far is an exceptional, knowledgeable and enlightened instructor, coach and mentor. END_OF_DOCUMENT_TOKEN_TO_BE_REPLACED

Suzette has given me some profound insights which have reshaped how I look at myself, who I attract, and who I accept into my life. She is amazing!” END_OF_DOCUMENT_TOKEN_TO_BE_REPLACED

My experience of the Enough Virtual Workshop was so amazing that I had to experience it not once, but TWICE. END_OF_DOCUMENT_TOKEN_TO_BE_REPLACED

Omg Suzette!!! This is sooo good! This information is golden. Wish I had it in my early 20s. I’ve learned so much and I’m not even to the end of it.  Very refreshing and delivered in such a loving way. The entire time my thought process - oh I hope she’s writing a book about END_OF_DOCUMENT_TOKEN_TO_BE_REPLACED

I really liked that you opened with what I could expect to learn. This focused my attention and put me on the hunt for the information you have.I always like your transparency and vulnerability about your personal life. I think it lends a level of credibility that pulls everything else together. You use illustrations that END_OF_DOCUMENT_TOKEN_TO_BE_REPLACED